The tender for the operation of a national restaurant at the EXPO 2020 General World Exposition in Dubai was won by a proposal offering modern cuisine based on traditional Czech ingredients but taking into account the culture of the United Arab Emirates.

The expert evaluation committee assessed and recommended the offer of the company Gastro Group to the General Commissioner. During its many years of operation, the company secured its position as a strong and stable gastronomic company on the Czech market and it has successfully expanded abroad.

The members of the evaluation committee were, for example, the culinary expert Ivan Chadima, the publisher of the Grand Restaurant guide and the founder of the Prague Food Festival Pavel Maurer.

The concept of the restaurant further develops the central ideas of the pavilion and follows its morphology. The restaurant should give a contemporary and sober impression, while working with modern and timeless elements. The design maintains the interconnection of technology and organic motifs, which is reflected primarily in the ceiling of the restaurant. In it, the distribution of the technical infrastructure and the capillaries of the structure coincide with the shape of the Spring - the heart of the pavilion.

Beer, wine, and spirits will also be served at the EXPO 2020 national restaurant in Dubai, whose exclusive partner is Plzeňský Prazdroj. Unlike the EXPO 2015 in Milan, where over a thousand beers were sold daily in the Czech pavilion, the organizers demand that guests only consume alcohol inside the pavilions. 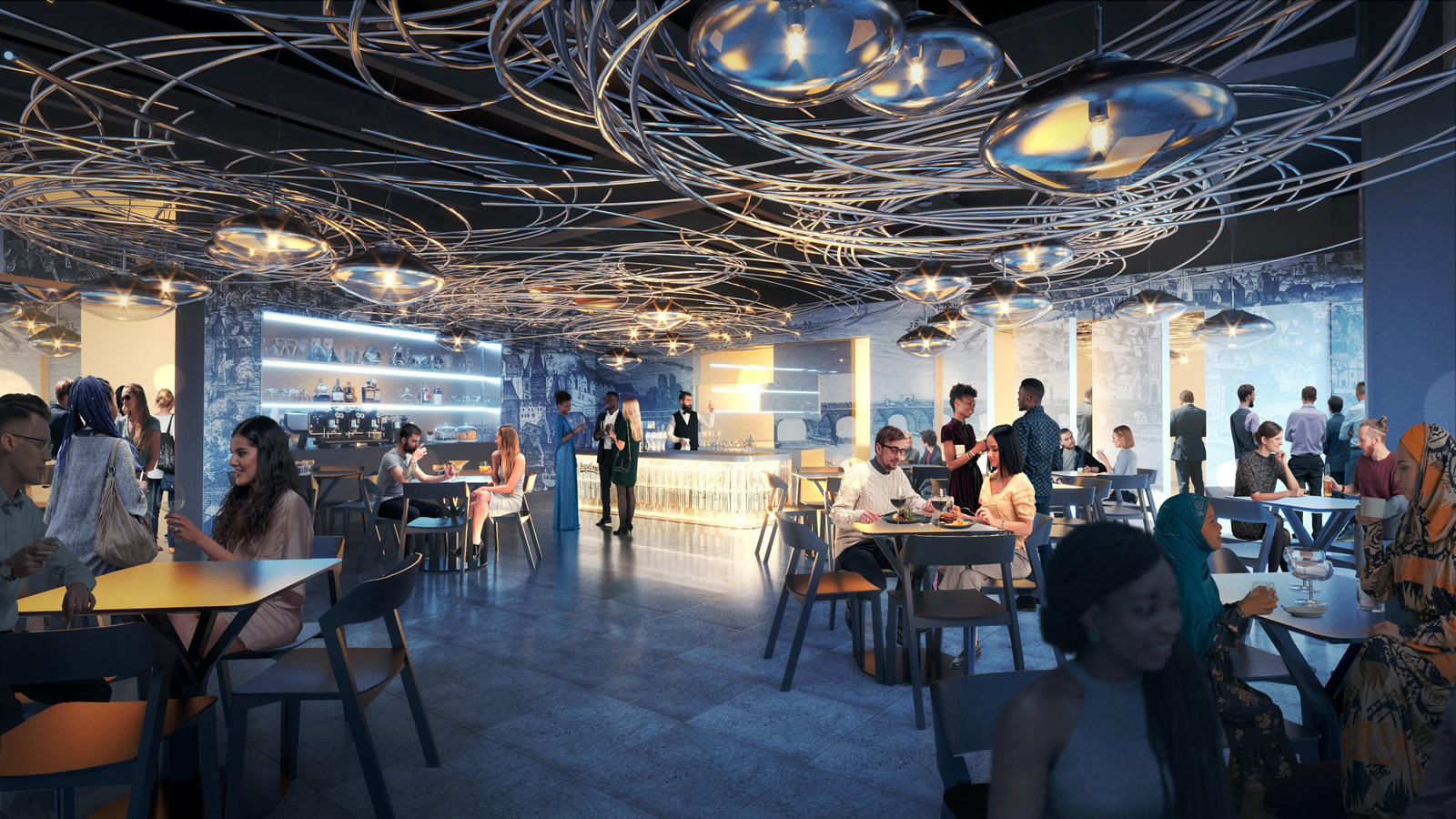