The National Pavilion at the General World Exposition EXPO 2020 in Dubai will be built according to the architectural design of young Czech architects from the company Formosa AA s.r.o. (Ltd).

Five proposals entered the finals of the tender for the Czech Republic pavilion at the Expo 2020 in Dubai - another five had to be eliminated at the time of submitting preliminary proposals and the sixth during the submission of competition models.

The expert committee consisting of architects Eva Jiřičná, Miroslav Řepa, Zdeněk Lukeš, Michael Klang, David Vávra and representatives of the academic, artistic and business communities Tomáš Matuška, Jan Kukla and Radek Špicar were impressed by the winning design – specifically by the original concept of an organic structure growing around the quadratic lines of the exhibition space.

The technological core of the national exposition will be the S.A.W.E.R. system that produces water from the air using solar energy and cultivating the desert using subsurface cultures, which is being developed by scientists from the ASCR and CTU.

The pipes, which create a cloud around the exterior, passes into the interior, where it intersects with other technological components, which also serve a visual purpose. Emphasis is placed on the components of the cultivation system that are located in direct contact with the centre of gravity of the pavilion. Admitting the presence of this technology in the pavilion elevates it to the level of an exhibit.

The Czech Pavilion will be located in the “Sustainability” zone on a 2,200 square meter plot of land and, like at the Expo 2015 in Milan, it will be the first pavilion at one of the main entrances to the exhibition site. The organizers anticipate that 20 million people will attend the World Exposition, which runs from the 20th of October 2020 until the 10th of April 2021 - 70% of the visitors will come from abroad. 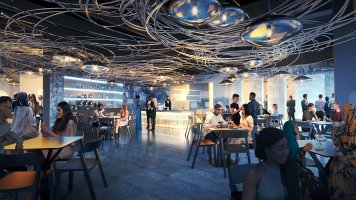 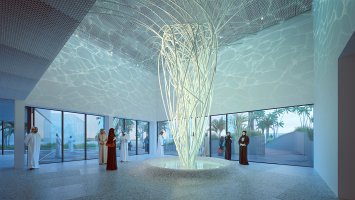 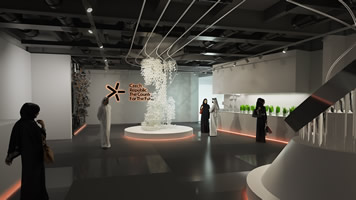 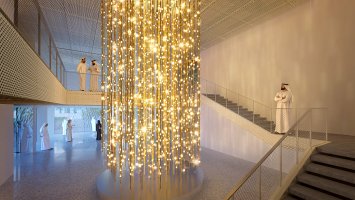 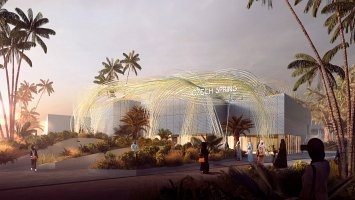 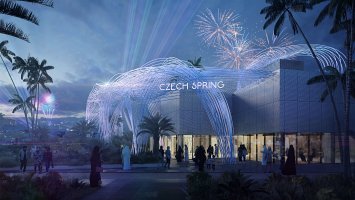 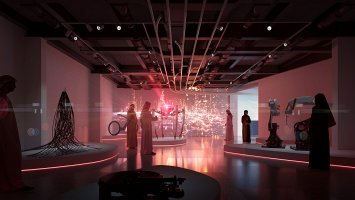 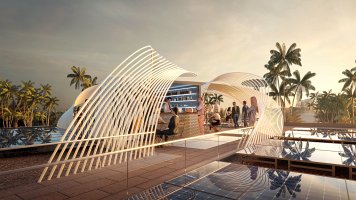 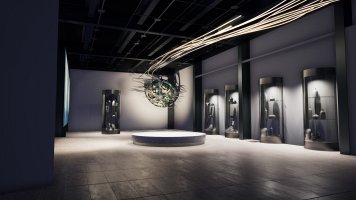 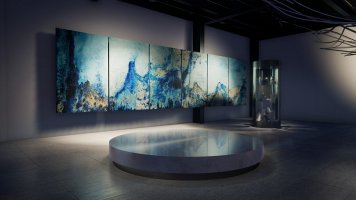 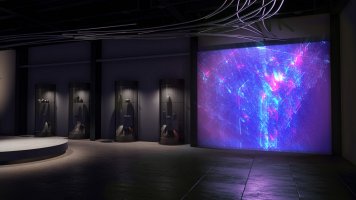