Members of the advisory board: 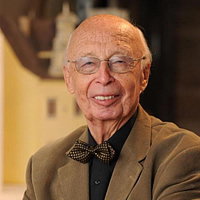 Miroslav Řepa studied at the University of Architecture and Civil Engineering in Prague from 1949–1953. In 1954, he was admitted to the Academy of Fine Arts in Prague.

Apart from representing Czechoslovakia at World Expositions, he pursued major exhibition activities that exceed the scope of regular architectural exhibitions. In 1993, he was invited by the Prague Castle Administration to be the curator of the J. Plečnik exhibition, which was later transported to other European cities (Berlin, Brussels, Paris, Vienna) and overseas (New York, Haifa). He was then appointed the chief curator of a unique exhibition entitled "Ten Centuries of Architecture" in the entire area of the Prague Castle.

Miroslav Řepa was the author of the Czechoslovakian pavilion at the World Exposition in Montreal in 1967. This year, along with the theatre actors, he will celebrate the 50th anniversary of the city theatre building in Zlín, which he authored. 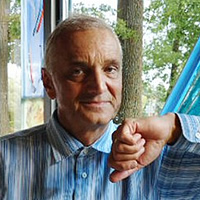 David Vávra is a Czech architect, writer and actor who graduated from the Faculty of Civil Engineering of the Czech Technical University and the Academy of Fine Arts in Prague. As an architect, he worked mainly in Prague and its surroundings and he is primarily involved in renovating buildings, as well as designing new buildings for housing. In his works, he is inspired by the modern architecture of the early twentieth century. For example, the harmonious and peaceful Cubist lighting elements in the entrance hall of Švanda's theatre and the interior of the bar of the Dobeška cultural house. 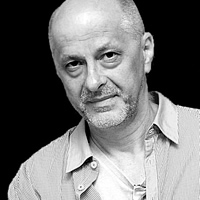 Vladimir Soukenka studied architecture at the Academy of Arts, Architecture and Design in Prague, in the studio of Professor Josef Svoboda, with a focus on stage design. In 1988, he began to work as a studio architect at Czechoslovak Television Prague. In 1991, due to winning the competition for the post, he started as a teacher at the Faculty of Architecture of the Czech Technical University in Prague. He is the head of the Institute of the Interior and Exhibition where he has his own studio. In 2007, he and his colleague Pavel Bednář participated in the establishment of the Institute of Intermediation - an interdisciplinary workplace, which connects the technical education of CTU with the artistic fields of AMU. 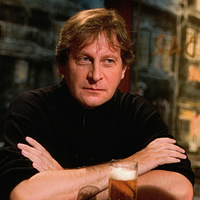 He graduated from the Faculty of Architecture, CTU. After graduating in 1980 and attending military service, he joined the National Technical Museum where he worked in the architecture archives. During the Velvet Revolution, he participated in the works of the Coordination Centre of the Civic Forum in the Laterna magica. In 1990, he started working at the Prague Castle, where he became a member of the cultural section and subsequently the heritage department. He participated in the project of revitalization of the Prague Castle in the era of President Václav Havel. In the years 2000–2005 he taught at the Faculty of Architecture of the Technical University of Liberec, where he also held the position of dean. Since 2005, he has been teaching at the University of New York in Prague. He holds the State Medal of Merit awarded to him in 2014 by Borut Pahor, the Slovenian president. 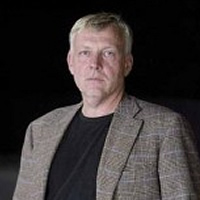 Michael Klang was a Czech architect, set designer, designer and an artist. He graduated from the Faculty of Architecture at the Czech Technical University and subsequently from the Theatre Faculty of the Academy of Performing Arts in Prague. He then worked as a technical assistant at the Faculty of Architecture, CTU and, in the year 1985, became a candidate of technical sciences (Ph.D. equivalent). From the year 2000 he taught as an external lecturer at the Faculty of Multimedia Communications at the Tomas Bata University in Zlín and in the year 2011 he became the head of the studio of Spatial design. In 2008 and 2009 he was also an external lecturer at the Department of Fine Arts at the University of Hradec Králové. His works include the reconstruction of the Hybern's House in Prague at the Hybernia Theater or the Napajedla movie theatre. 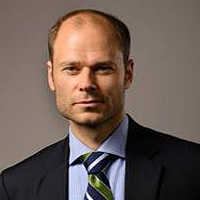 Radek Špicar graduated from Charles University in Prague and from Cambridge University. After graduating in the UK, he spent one year as a Fulbright scholar at Georgetown University in Washington, D.C. After returning to the Czech Republic, he became Deputy Prime Minister for Economic Affairs.

Until recently, he worked in the largest private company in the Czech Republic – Škoda Auto as head of External Relations. Now he works as a Vice-President of the Confederation of Industry of the Czech Republic.

He lectures at the Institute of Economic Studies, the Faculty of Social Sciences of the Charles University and the Diplomatic Academy of the Ministry of Foreign Affairs of the Czech Republic. He is chair of the board at Academy of Art, Architecture and Design, and member of corporate council of Forum 2000 foundation. 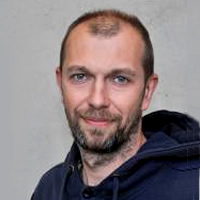 Tomáš Matuška is the head of research at the UCEEB CTU, dealing with renewable energy sources and decentralized energetics. His area of research and development focuses primarily on the elements of solar thermal technology and heat pumps integrated into the energy systems of buildings, or into the envelopes of buildings.

He is the chairman of the Czechoslovak Society for Solar Energy, a member of the two expert sections of the Society of Environmental Engineering (Heating, Alternative Energy Sources). He is also a member of the Editorial Board of the journal of Heating, Ventilation and Sanitary Installation and a member of the Technical Committee of The Czech Office for Standards, Metrology and Testing (Central Heating, Building Thermal Technology).