On the night from the 31st of July to the 1st of August, the S.A.W.E.R. system (solar-air-water-earth-resources) made the first tens of litres of water in the Sweihan desert in the United Arab Emirates using only solar energy.

The project of scientists from the UCEEB and the Czech Academy of Sciences, which will be the main technological exhibit of Czech Republic’s pavilion at the General World Exposition EXPO 2020 in Dubai, has started its several-month long trial run in real conditions.

“The installation took us a week and the most difficult part was placing the solar panels on top of the containers”, says the leader of the project docent Tomáš Matuška from the University Centre for Energy Efficient Buildings, “the important thing is that the panels are generating enough power for the production of water and even the cooling and the lighting of the containers”.

A mobile version of the S.A.W.E.R. system comprises two containers, one of which is used to generate electric energy, warmth, and cold, whereas the other one is used for the adsorbtion of distilled water from the air. This version is placed on the camel farm of the president of the company Bin Fadel Holding, General Saif Mubarak Al Mazrouei.

“Czech Republic was offered the facilities for the scientific team and the space for S.A.W.E.R. free of charge by General Al Mazrouei due to his longstanding friendly connection to the country,” explains Ing. Petr Čeliš, the division director of the company Bin Fadel Holding. “Now, we also have to secure the personnel which will take care of the technology, if necessary, after the return of the scientific team to the Czech Republic”.

The General Commissioner of Czech participation at the EXPO 2020 Jiří František Potužník assumes, that the mobile version of S.A.W.E.R. will be moved to the uninhabited part of the desert by the end of the year. Even in that location, it should create over 100 litres of water without anyone directly operating it. A larger version of the system with a capacity of over 500 litres per day will be installed in the national pavilion sometime during the beginning of the year 2020. The distilled water will then be treated in the mineralisation unit WatiMin and turned into potable water, or it will be treated in the photobioreactor and turned into an irrigation solution and used to cultivate the desert around the pavilion.

“First and foremost, S.A.W.E.R. is a demonstration of the abilities of Czech scientists and the possibilities of Czech innovative industry,” says the General Commissioner, “but if it turns out that the mobile version is effective enough, it can find its use anywhere in the world – especially in places where water is otherwise unavailable”.

S.A.W.E.R. left the University Centre for Energy Efficient Buildings CTU in Buštěhrad on the 21st of June 2019 and a month later, the ship carrying both of the containers docked in the Jebel Ali port. The works restarting the system had to take place at night, as the temperatures during the day reached up to 50 degrees Celsius in the shade. Based on the results from the test run of the mobile version, Czech scientists will begin constructing the technology for the national pavilion at the EXPO 2020. The first World Exposition hosted on Arab soil will start on the 20th October 2020 and end on the 10th of April 2021. 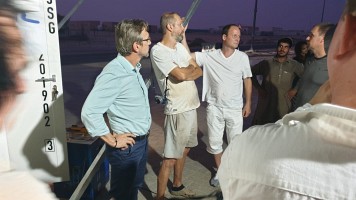 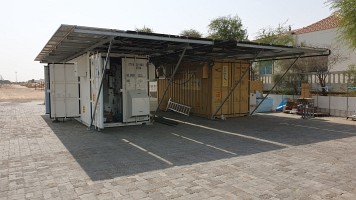 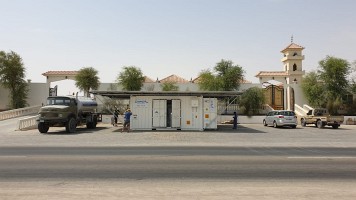 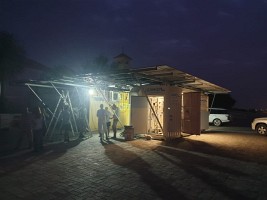 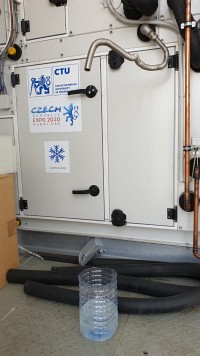 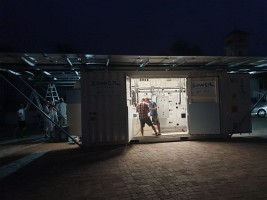 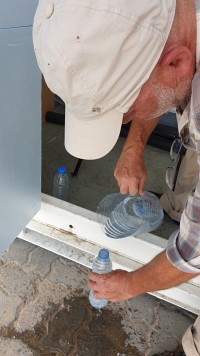