The Czech Republic won the award for the best innovation at the EXPO in Dubai - for S.A.W.E.R.

The organizers of the General World Exposition awarded the Czech Republic the prize for "Best Innovation" for a technology that autonomously produces water from dry desert air using only solar energy.

S.A.W.E.R. (solar-air-water-earth-resources) was designed for the first EXPO in the Arab world by the General Commissioner of the Czech Republic's participation in 2017, and thanks to the team at the University Center for Energy Efficient Buildings, it became a real and functional technology over the next four years.

"It was a surprise," comments the Commissioner General Jiří F. Potužník, "the organizers had already announced all the International Exhibition Office awards and started a cultural program dedicated to the EXPO 2025 in Osaka, but they then awarded two more high awards - the BIE COSMOS Prize and UAE Innovations Award. And the latter belongs to the Czech Republic."

The award was presented to the Czech pavilion by the Mohammed bin Rashid Al Maktum Center for Government Innovation, i.e., by the ruler of Dubai and the Prime Minister of the United Arab Emirates. Czech innovation has established itself from among several thousand others, which are presented in Dubai by two hundred nations, and from among almost five hundred finalists of the competition.

“It is a beautiful reward for a lot of hard work and a major recognition that we truly appreciate and are thankful for. It is clear, that even a small research centre in the Czech Republic can shine on a global scale. Czech science and I don’t only mean S.A.W.E.R., is becoming one of the best again. The development of the entire system from the design by Jiří F. Potužník was by no means easy, and it is still not finished. The device, which was originally meant to produce 500 litres of water per day in the Czech pavilion, made over 1300 litres yesterday,” adds Jakub Dytrich from the University Centre of Energy Efficient Buildings of the Czech Technical University in Prague.

At the end of the EXPO, the UCEEB CTU signed a memorandum of cooperation with the Rochester Institute of Technology Dubai, and the container version of S.A.W.E.R. now stands and creates water on their campus. Both universities intend to cooperate on the further development of the unique technology and the homologation of water from the air in the countries of the Gulf. 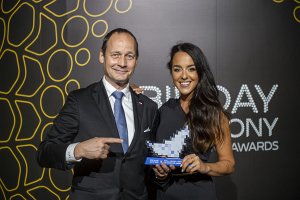 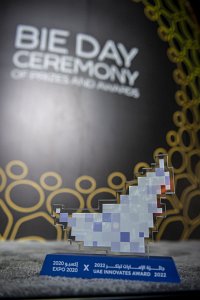 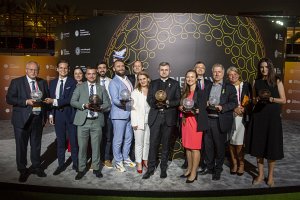 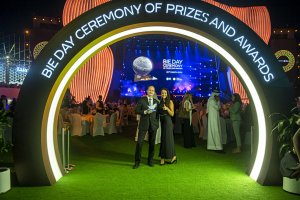