In a lab in Buštěhrad, where desert climatic conditions are being simulated, the scientists from the University Centre for Energy Efficient Buildings (UCEEB) CTU brought to life the machine that makes water out of the air. The mobile version of the S.A.W.E.R. system (solar-air-water-earth -resources) is the size of a shipping container and is capable of producing up to one hundred litres of water per day – the capacity of this technology integrated into the national pavilion at the EXPO 2020 in Dubai should be fivefold.

“Our system is unique in that we want it to be both efficient and autonomous”, said the leader of the project doc. Tomáš Matuška from UCEEB CTU, “our patented glass-covered hybrid photovoltaic-heat solar collector should help with this, as it creates both heat and electricity from the same surface.”

The S.A.W.E.R. system also contains other Czech patents and innovations – including the original methods of growing underground cultures, which can sustain the growth of crops in the desert sand and which is successfully being tested at the moment, by the Botanical Institute of the Czech Academy of Sciences in Průhonice.

“S.A.W.E.R. will be a functioning illustration of Czech scientific and industrial potential, which is the original point of World Expositions”, says Jiří František Potužník the Commissioner General of Czech participation at the EXPO 2020, “it will also provide an original solution to getting water in areas where it is otherwise impossible.”

By the end of the year 2018, the container with the mobile version of S.A.W.E.R. should be transported to the United Arab Emirates and subsequently tried both in the desert and on the exhibition grounds in Dubai. By the end of the year, the Czech Republic should also take possession of the lot in the Sustainability zone and start the construction of the national pavilion. EXPO 2020 will last from the 20th of October 2020 until the 10th of April 2021 and it should be visited by 25 million people. 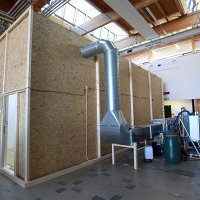 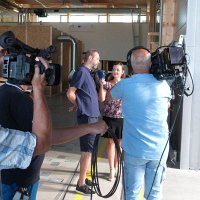 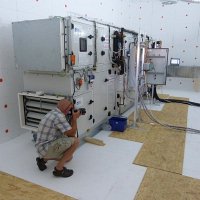 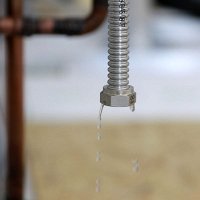