The legacy of Václav Havel at the EXPO in Dubai

At the first General World Exposition in the Arab World - EXPO 2020 in Dubai - the Office of the General Commissioner of the Czech Republic, in cooperation with the FORUM 2000 Foundation, is organizing an ecumenical and intercultural conference entitled Building Bridges for a Global Future. The series of international FORUM 2000 meetings was launched at the end of the 1990s by Czech President Václav Havel in cooperation with Nobel Peace Prize winner Elie Wiesel.

The conference in Dubai builds on more than twenty years of history of the FORUM 2000 meetings in Prague. During that time, a number of world statesmen, philosophers, and Nobel Prize winners have already spoken. On the 32nd anniversary of the Velvet Revolution, it will focus on respecting civil liberties and human rights, spreading education and democratic values, and strengthening religious and ethnic tolerance.

"The World Fair is a place where participating countries should showcase the best they can offer to the world - not only in terms of innovative technologies and scientific discoveries but also in terms of spiritual and human ideals. Václav Havel's legacy has this quality ten years after his demise and will probably have it forever," says the General Commissioner of Czech Republic Jiří František Potužník, explaining the reasons for organizing the FORUM 2000 at the EXPO in Dubai. "These words are confirmed by the interest and willingness of speakers from all over the world to attend the conference, as well as the fact that the EXPO organizers provided one of their pavilions for the event and made it a widely international project here in Dubai."

The Czech economist Tomáš Sedláček will moderate the conference in the Terra pavilion, in the immediate vicinity of the pavilion of the Czech Republic. In addition to foreign speakers, the Czech theologian, sociologist, and member of the European board of experts (Committee of Sages) Tomáš Halík will make an appearance.

“The conference at the EXPO 2020 will take place on the 17th of November, which is primarily a celebration of civic activity and the importance of the role of young people in promoting social change. Therefore, in addition to the traditional interreligious dialogue, which has been a part of various FORUM 2000 meetings since its inception, the two panels will also address the importance of education and the important role of civic activism. Alina Aflecailor from Romania, Mikuláš Minář, one of the founders of the Million Moments for Democracy movement, Israeli political scientist Amichai Magen and former student leader Šimon Pánek, will speak about these topics," said Jakub Klepal, the Executive Director of the Forum 2000 Foundation.

In cooperation with Korzo Národní, the conference will also include a direct connection between FORUM 2000 in Dubai and the commemorative events on Národní třída in Prague.

"We can be proud that the Czech Republic presents itself with strong topics such as religious tolerance or civic society in a religiously and socially different world," says Marek Vocel, director of the production agency MVP Events. 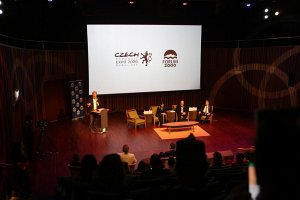 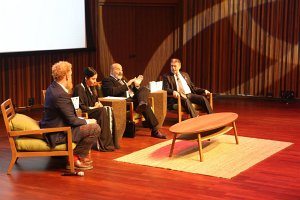 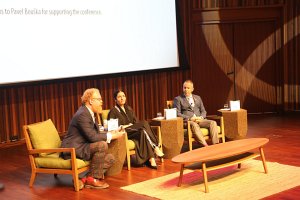 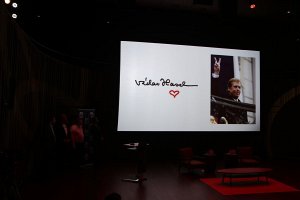 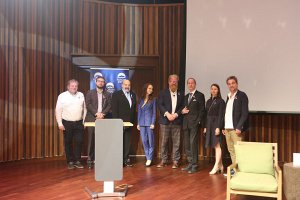