The National Day "Czech Spring" will take place on the premises of the EXPO in Dubai on March 21, 2022, and the Czech Republic will be presented as a land of springs, a spring of ideas and a spring garden. This date was chosen by the Office of the General Commissioner not only because it is the first spring day, but also because it is just before the Day of Happiness and just after it is the Day of Water, which is a key topic for the Czech Republic and the pavilion.

The National Day will be prepared by the company ArtProm s.r.o., whose representatives went to Dubai exactly a year before the National Day. They visited the Czech pavilion there, along with the area of the entire exposition site, where the performances should take place.

“At first glance, it is great to see that the Czech pavilion will be different from all the others. You can already feel its playfulness and originality, which are values that will definitely be reflected in the dramaturgy of the Czech National Day. The seven-meter lion puppet, humorous cross-country skiers, a fashion show, interactive installations full of cutting-edge technology, but also giant shining flowers, all brought to life by dozens of actors, dancers, acrobats and musicians, will look good at the EXPO”, says Jakub Vedral, the creative director of ArtProm s.r.o.

The National Day will end with a unique multimedia show called iMucha, prepared by the musician Michal Dvořák, based on the life and works of the world-famous painter Alfons Mucha, which builds on the worldwide success of the Vivaldianno Reloaded project, which has travelled to more than 40 cities all over the world.

“iMucha is an international multimedia show of a story about the struggle between creativity and destruction, which takes place against the background of the life and work of the world-famous painter, graphic artist, designer and visionary of the Art Nouveau style - Alfons Mucha. A contemporary story, the most technologically advanced projections, modern music, dance, acrobatics or breathtaking stage design, all this tells the story of the life journey of a famous artist through the eyes of a young comic book artist. We will present his vivid paintings and posters, in a way you could not have seen them yet”, says Michal Dvořák, describing the whole project.

While the creators of the National Day in Dubai are getting acquainted with the exposition premises, General Commissioner Jiří František Potužník continues to supervise the construction work on the Czech pavilion, which is slowly coming to an end.

“In the past few weeks, a cloud of steel capillaries grew in front of the pavilion along with a heart from the same material inside the entrance gallery," says Jiří Fratišek Potužník about the artwork of the sculptor Jan Dostál, which is an iconic part of the pavilion's architecture. “Seventeen tons and nine kilometres of steel grows throughout the exposition and is probably the largest hand-shaped sculpture of its kind in the world.”

The first General World Exposition in the Arab world will start in half a year, on the 1st of October 2021 and will last until the 31st of March 2022. The Organisers estimate that around 15 million people should visit the EXPO. 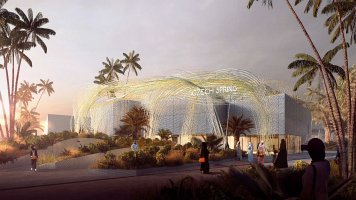 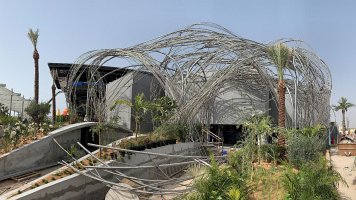 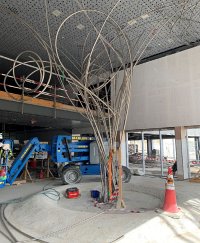 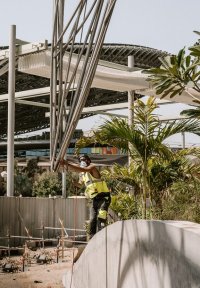