The Office of the General Commissioner of Czech Republic's participation at the World Exposition EXPO in Dubai and the expert committee have chosen a contractor for the National Day – its realisation will be handled by the company ArtProm s.r.o.

The National Day "Czech Spring" will take place on March 21, 2022, and the Czech Republic will be described as a land of springs, a spring of ideas and a spring garden. The all-day program connecting nature with modern technologies and Czech traditions will take place on various stages of the Dubai Exhibition Center and visitors will be attracted to the Czech pavilion by monumental puppets of the Czech lion, falcons and street theatre, including the best European stilt walkers.

"We do not want to conceive the National Day in the style of a mere performance of artistic ensembles or an exhibition of Czech works of art. Spring is about life and its heyday, so it is important for us that the pavilion and its surroundings are full of life and visitors can actively participate in it, ” says Jakub Vedral, creative director of ArtProm s.r.o.

The culmination of the National Day will be a unique multimedia show called iMucha, prepared by the musician Michal Dvořák based on the life and work of the world-famous painter Alfons Mucha. The concert story uses a new form of spatial animation and builds on the internationally successful project Vivaldianno Reloaded, with which the creators have toured over 40 world capitals.

“With the iMucha multimedia show, we build on the worldwide successes we have achieved with Vivaldianno. iMucha is a unique international multimedia show of a story about the struggle between creativity and destruction, which takes place against the background of the life and work of the world-famous painter, graphic artist, designer and visionary of the Art Nouveau style - Alfons Mucha. A contemporary story, the most technologically advanced projections, modern music, dance, acrobatics or breathtaking stage design, all this tells the story of the life of a famous artist through the eyes of a young comic book illustrator. We will present his vivid paintings and posters in a way you have not yet seen,” says Michal Dvořák about the entire project.

The main partners of the National Day are the company ASAHI, which is the exclusive supplier of Pilsner Urquell for the Czech pavilion, and Galerie Kroupa, under whose care the painter Adéla Oliva will display his paintings in the exhibition.

„Pilsner Urquell is proud to be the official beer of the Czech Republic Pavilion in Expo Dubai. Pilsner Urquell is the world’s first golden pilsner, the original source of all pilsner beers. The pride of the Czech Republic, it’s still brewed the same way in the same brewery in Plzeň using the same Czech ingredients since 1842. Today, pilsner is the most popular style of beer on the planet. Of the 500 billion pints of lager drunk globally, 70% are in the pilsner-style,“ says Tony Zhao, Global Brand Manager of ASAHI for Pilsner Urquell.

The founder of the Kroupa Gallery Miroslav Kroupa follows up on his words about the international significance of the presentation.

"Kroupa Gallery focuses on Czech and international fine arts, and we are convinced of the ability of the works of art to speak to the people around the world. From the very beginning, the painting created by Adéla Oliva entitled The Effect of Butterfly Wings (subtitle 6 elements) has been created with the idea of the Czech pavilion and its message. A huge stream of cosmic forces flows into the basic components of the earth and creates a gushing spring, a wave of energy and life,” adds Kroupa.

The National Day of the Czech Republic at the EXPO will take place shortly before the end of the first World Exposition in the Arab World - it will begin on October 1, 2021 and ends on March 31, 2022.

“We have chosen the date of March 21 for the National Day not only because it is the first day of spring, but also because it is shortly preceded by the Day of Joy and followed by Water Day, which is a key theme for the Czech Republic and the pavilion." explains the General Commissioner Jiří. F. Potužník. "And we hope that it will increase the visibility of our exposition and our country at the end of the World's Fair".

150 performers participated in the National Day at the EXPO 2015 in Milan, Italy, and performances by musicians, dancers, street theatre and other artists took turns at the exposition grounds. The budget for the National Day in Dubai is more than double that - it will cost the partners of the Czech pavilion ten million crowns. 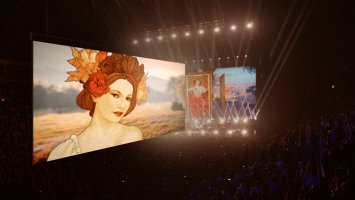 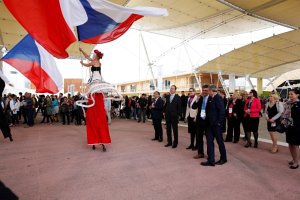 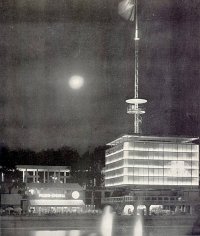 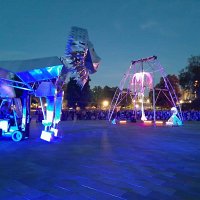