The South Moravian Region and the City of Brno are the first of the Czech Republic regions to present themselves starting on Sunday, 17 May, in the Czech pavilion at EXPO 2015 in Milan (Italy). The exhibits on display that attracted the greatest attention of visitors immediately after the opening include the bioreactor, digital eyeglasses, G. J. Mendel’s genetics, and UNESCO sites.

Throughout the third Sunday in May, the Military Artistic Ensemble Ondráš with its performances of folk music and dance and Shadow Quartet with classical music in modern arrangement will be inviting their audiences in front of the Czech pavilion to visit South Moravia and Brno. During the ceremonial opening day of the South Moravian and Brno participation in EXPO in Milan, Moravian wines from the Wine Salon of the Czech Republic will be offered for tasting together with local South-Moravian smoked sausages, cheese and Robi vegetable meat.

The central theme of EXPO 2015 "Food for the planet, energy for life" has also been developed in the South Moravian and Brno exhibition. The core content of their joint presentation in Milan are genetics, electron microscopy, water saving and purification technologies, bioreactor, as well as the architecture of Villa Tugendhat and the Lednice-Valtice area. It is estimated that up to 75 thousand visitors may come to see the Czech pavilion and the two-week regional exhibition of the South Moravian Region and the city of Brno.

“This is the third time the South Moravian Region participates in EXPO exhibitions – after Aichi (2005) and Shanghai (2010) it is now presenting itself in the capital of Lombardy with which South Moravia has been cooperating for fifteen years. One of the pillars of the Czech Republic's participation in EXPO 2015 is the application of the latest scientific discoveries and advanced technologies with environmental impact. South Moravian Region as a centre of science and innovation in nanotechnology, biotechnology, genetics, electron microscopy, hi-tech and software applications has much to offer that attracts attention. In the coming weeks, visitors will have an opportunity to see for themselves that South Moravia is a region interesting not only for tourists and as a traditional wine-growing region, but also as a region with intensive scientific, research and innovation activities,” says Michal Hašek, Governor of South Moravian Region.

“The Czech Republic pavilion has been ranked by the organisers themselves among the five sites that should not be missed by visitors to EXPO. I would be so bold as to say that the ongoing presentation of our region and the City of Brno, which focuses on genetics and the figure of Gregor Johann Mendel and presents the City of Brno as a strong region of science, research, innovation and the most advanced technology, is certainly making a considerable contribution towards this. I will also be meeting up with Italian businessmen with whom we want to discuss the opportunities offered by Brno and their own business activities. Brno is certainly interested in attracting additional foreign investors,” said Mayor of the City of Brno Petr Vokřál on his participation in the event in Milan.

The presentation of South Moravia and the City of Brno in the Czech Republic Pavilion at EXPO 2015 is to run until 31 May. Visitors to EXPO can again look forward to successful live and entertaining performances at the weekend of 23 and 24 May, with the exhibition centre in Milan being the venue for a performance by cimbalom group Strážničan and a science theatre and science show from Brno University of Technology, Masaryk University in Brno and the VIDA! Science Centre in Brno.

The foreign participation of the South Moravian Region and the City of Brno is also to feature a gathering with Italian businessmen and representatives of the local authority which is to take place in the afternoon of Monday 18 May at the Czech Centre in Milan. This presentation, like the regional presentation at EXPO, is to focus on presenting our region as a Central European centre of science, research and technology. 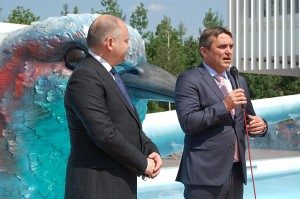 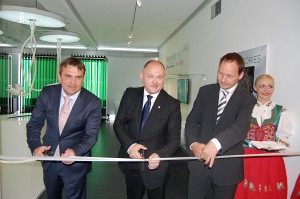 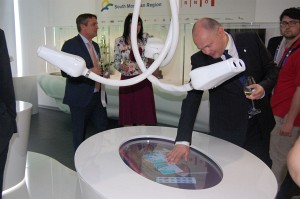